The French town with an authentic Mexican flavor: Barcelonnette 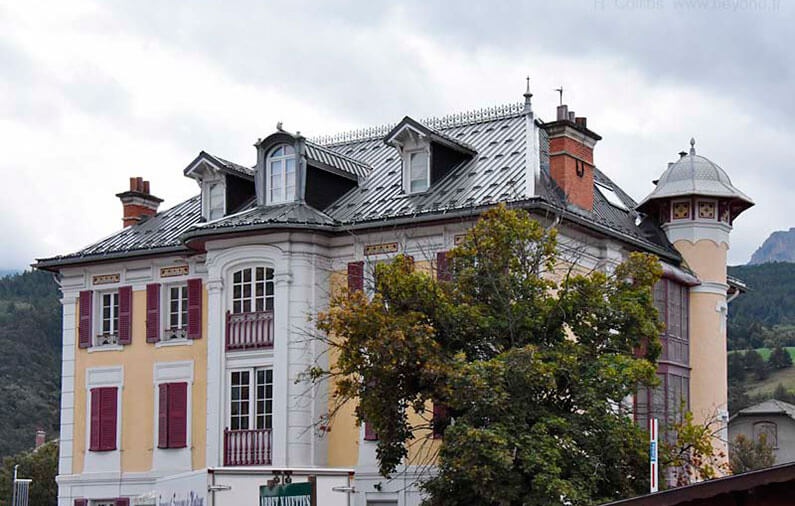 ‘Where you shall go, you shall do what you see’ is a famous and ancient saying that recommends us to adapt to the customs and habits of the place where we are at or travel to; so wise is this saying that the inhabitants of Barcelonnette, a small town located in the valley of Ubaye in France, understood it very well.

Between the years 1850 and 1950 there was an important migration of the inhabitants of this town to Mexico, thus creating a close connection with this country that has lasted until our era. The French learned to speak Spanish perfectly and adopted many of our customs and traditions as their own, not only while being in Mexican territory, but they took all this to their homeland, where today you can see beautiful buildings and streets with names that refer to places and important people in Mexico.

The main reason they emigrated was to create fortunes and start businesses in the American continent, finding in Mexico the ideal place to do so. Being Barcelonnette a very cold climate town located in the French Alps, the inhabitants of that time were forced to leave their agricultural work and to look for an alternative to create income, and they found in the textile trade a very viable alternative.

One of the pioneering families were the Armands, who settled in Mexico City in 1905 opening a small warehouse where fabrics were sold the place was very austere and modest called “Casa Armand”, but with the passing of the years, it began to grow, introducing more and more products for sale until it became a large shopping center that offered the best clothing, shoes and jewelry of the time.

Following this same business model, other Barcelonnette families decided to open other stores that had more luck and that today are still part of the daily life of Mexicans, still present and very competitive in the market: ” El Puerto de Liverpool “” El Palacio de Hierro” and” Fábricas de Francia”.

Returning a little to Barcelonnette, it is worth mentioning all the elements that make it “The Mexican corner in France”, primarily its famous “Villas-castles” beautiful buildings created by those who lived and made their fortune in Mexico.

They returned to their hometown to build them, paying tribute to the Mexican places where they were, so you can see the “Villa Morelia”, the first and largest of them, also the “Villa Puebla” and “Villa Durango”.

The most beautiful and important street of the town is called “Porfirio Diaz”, named after one of the former presidents of Mexico; there are restaurants with Mexican food but the most famous and authentic one is Adelita. In the month of August Barcelonnette dresses in colors: green, white and red stand out in a Mexican celebration in which mariachis music is listened to, traditional folk dance dances are appreciated and the Mexican flag is present in each corner.

This is how since the beginning of the 19th century this interesting connection has been created between a picturesque village and a country full of warm people that opened its doors to Barcelonnette, a place in France that today features the authentic Mexican flavor.