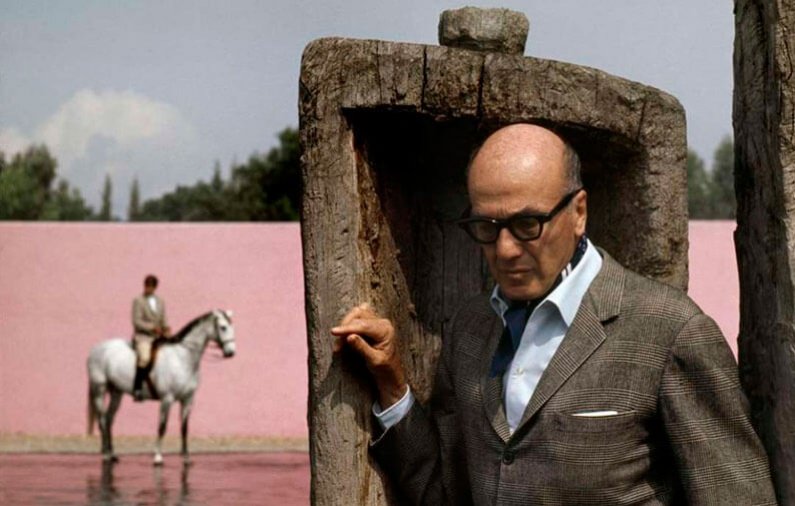 Luis Barragán, a genius of Mexican architecture and winner of the Pritzker Prize in 1980, has influenced several generations with his style not only within the country but worldwide. Born in Guadalajara in 1902, he was influenced by the architectonic and scenic style of the era, especially from France and Spain.

His work stands out thanks to the integration of elements such as water and light within his projects, which were almost always enriched with gardens. A great portion of his works were developed in his hometown, so we propose you visit some of his most emblematic projects if you are in Guadalajara:

Lic. Gustavo R. Cristo’s House: Built in 1976, it was purchased by the Architects Association of Jalisco. Conserved almost at 100%, it features very remarkable icons such as the Moorish towers, the porch, the riveted silver door, the texturized coating and the blown-glass windows. This project was named Mexico’s Artistic Heritage. Address: 1652 Pedro Moreno Street, on the corner with Marsella Street.

González Luna’s House: In 1999 ITESO University purchased this property in order to recover the estate and turn it into a university campus. The original project was focused on three areas: the library, the oratory and the garden. Address: 2083 José Guadalupe Zuno Street between Chapultepec and Marsella Streets.

Robles Castillo’s House: Outstanding from these houses are the roof tiles working as lattices, the endings of green roof tiles and the use of blue ceramic tiles as an ornamental touch. Address: 1905 Vallarta Street & 27 Argentina Street between Vallarta and López Cotilla Streets.

Revolution Park: Currently known as the Red Park, it is still possible to see some of the original details such as the spherical luminaires, the red and yellow benches, the uncovered kiosk and the fountains. Address: Juárez Av. and Federalismo Street.

4 Houses aroun Revolution Park: There are still four houses around this park:

Other projects we recommend visiting:

With over 10 years of experience in the hospitality industry and a bachelors in Hospitality and Tourism Management specializing in marketing and sales, Mary Carmen has developed her career working at various hotels in Mexico and abroad, focusing in recent years on the boutique hotel industry. Passionate about tourism in Mexico, in every trip she seeks to find the cultural, culinary and historic highlights of each destination.