Piñata, symbol of faith and tradition in Mexico 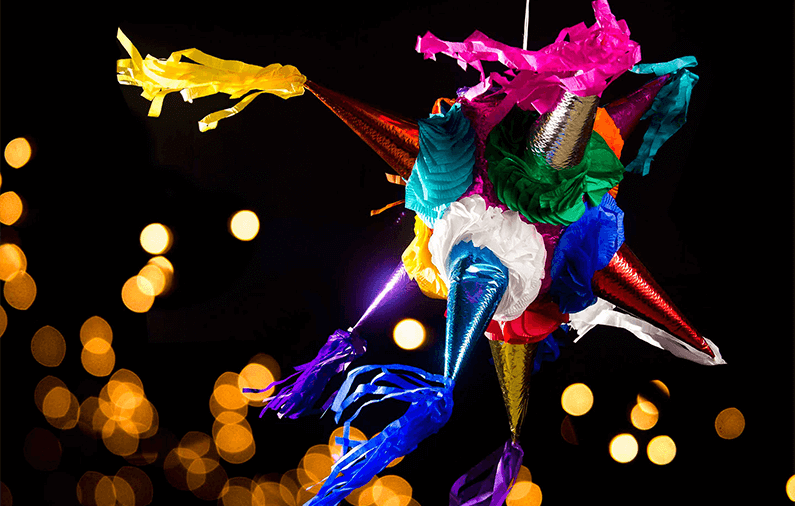 The fusion of cultures stemmed from the discovery of what we now call America and Europe, might as well be called “the meeting of two worlds”. The enormous cultural differences, especially the religious ones, gave origin to a battle between the conquerors from the Old Continent and their conquered, indigenous people from the New Continent.

The imposition of beliefs and customs of Christianism originally from Europe set the tone of an epic battles which tried to erase all and any trace of the indigenous religion and its not-so-civilized part. Resistance by the indigenous people to change their ideas of life, death and religion, took the friars of the different orders to find more effective methods to fully implant Christianism as the only religion among natives.

At the end of the day, it seems to be a battle won by Europeans, as they got to adapt, modify and eradicate many of the traditions and beliefs of the natives in accordance to the Christian values and criteria of those times. Talking about the piñata puts us in a very interesting point of analysis, as there are two versions about its birth. One of these versions tells us about the arbitrary imposition of European customs, while the other one talks about an adaptation of indigenous traditio 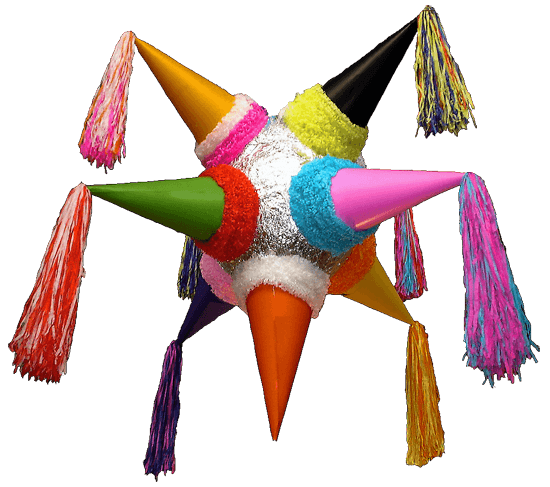 ns brought about the culture fusion.

On one hand, it is sad that the piñata was introduced by conquerors directly from Spain, as it became popular in their country after tireless traveler Marco Polo discovered in a China expedition that people from that country used to break with wooden sticks the figure of an ox stuffed with seeds in their New Year celebration. On the other hand, there is the version saying that the tradition of breaking the piñata is just an adaptation of a game ancient Mayans practiced, trying to break a clay pot full of chocolate which was hanging from a rope.

The main elements and meanings of the piñata in relation to Christianism are:

The truth about the origin of this singular tradition will always be a conundrum. However, we are sure that in the present the piñatas have become yet another symbol of Mexico. We have reached December, time of posadas, pre-Christmas festivities which become more significant when we break a piñata. Let’s keep this tradition alive buying the traditional piñatas made by local artisans.